The fifteenth leg of the National Blue Trail crosses the Pilis Mountains, from the borders of Budapest (Üröm) up to Dobogókő.

It’s advised to be cautious right at the start because the promised track along the stream is in reality walled off by a corn field and overgrown with stinging nettles.

The rest of the route goes through various nature reserves which is why different animals can be spotted along the way like this stag beetle. 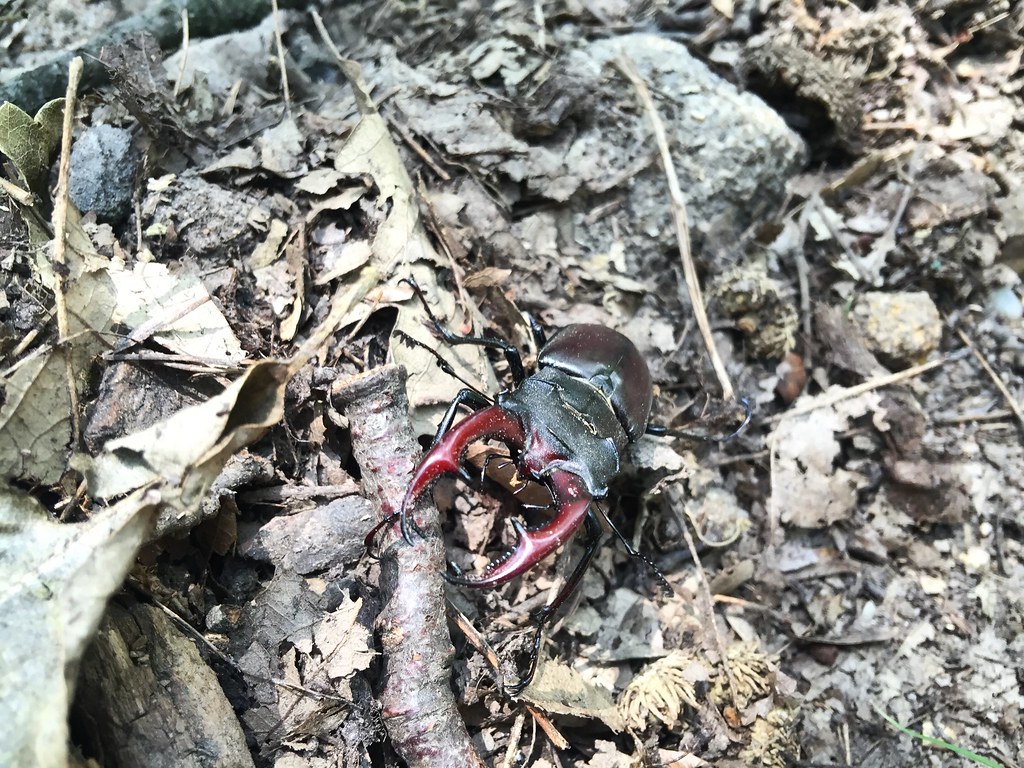 Or this grass snake which we’ve only noticed because it started slithering away. 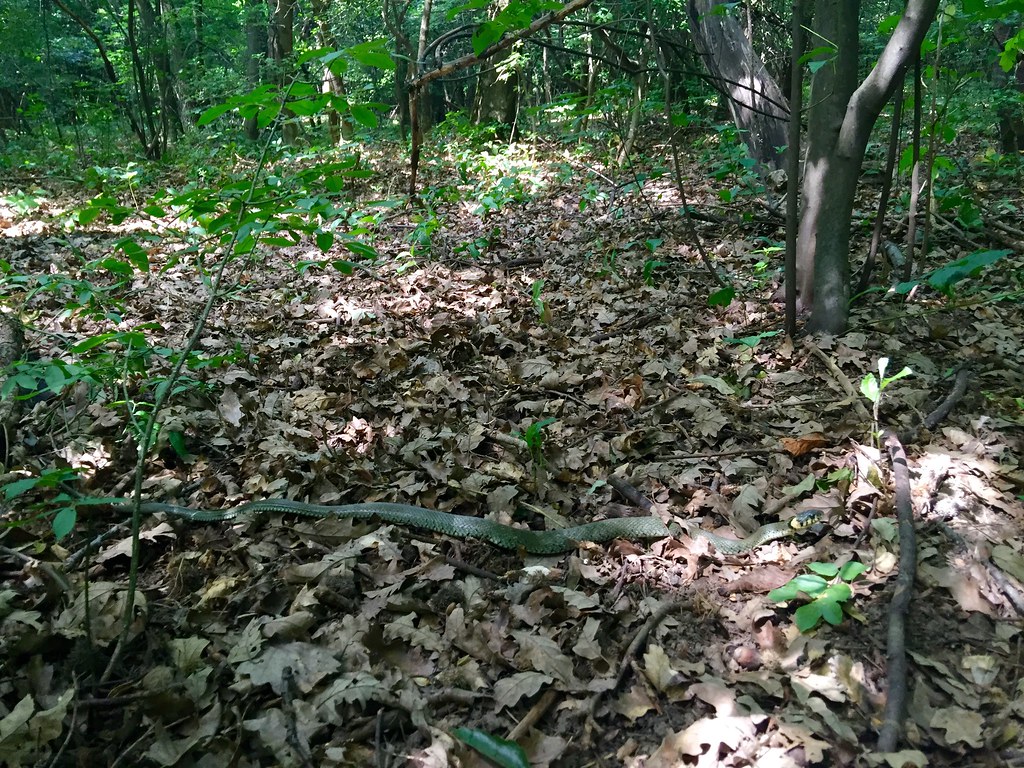 We’ve also seen a couple of rabbits hopping away but they proved to be impossible to photograph.

The Dera-creek near Pilisszentkereszt is one of the more spectacular parts of the trail. The route criss-crosses the stream below through several wooden bridges. 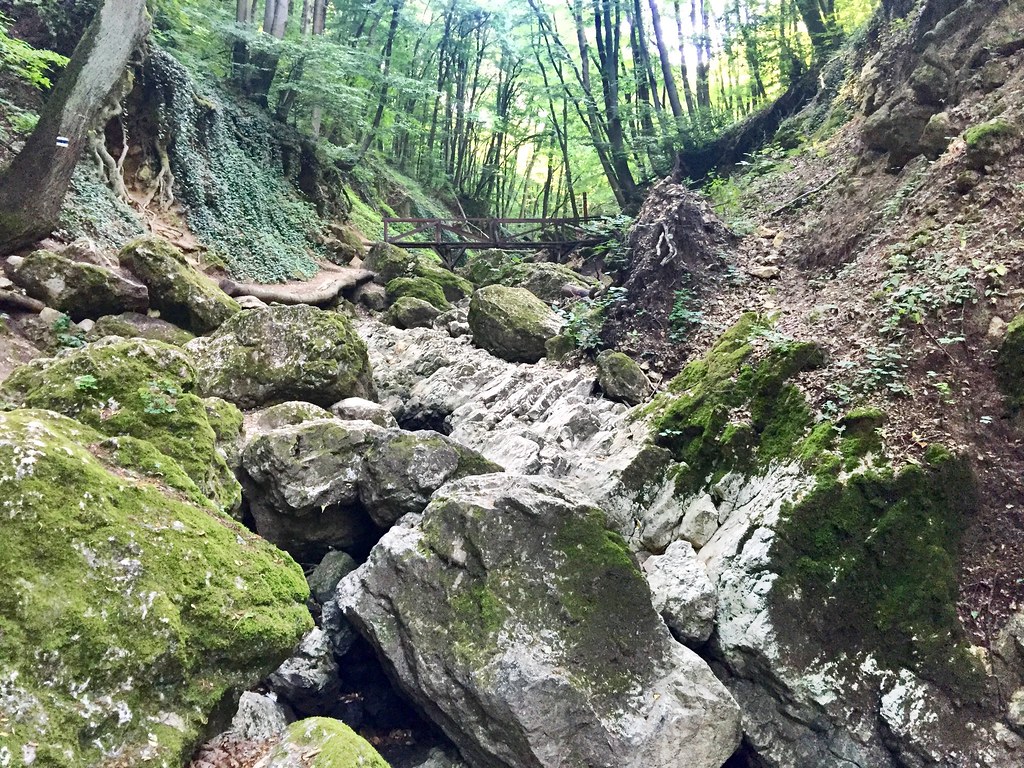 It was under construction during our trip as demonstrated by these half-finished signs. 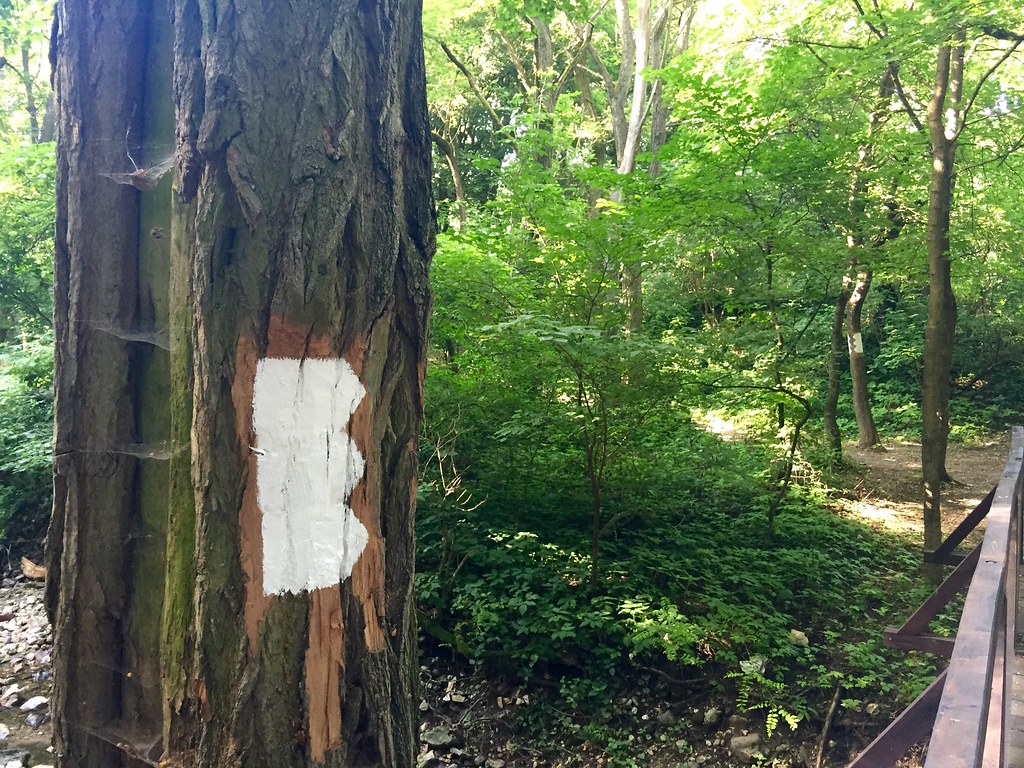 Finally the route culminates at the highest point of the Visegrád Hills, Dobogókő, from where a stunning view of the Danube opens up. 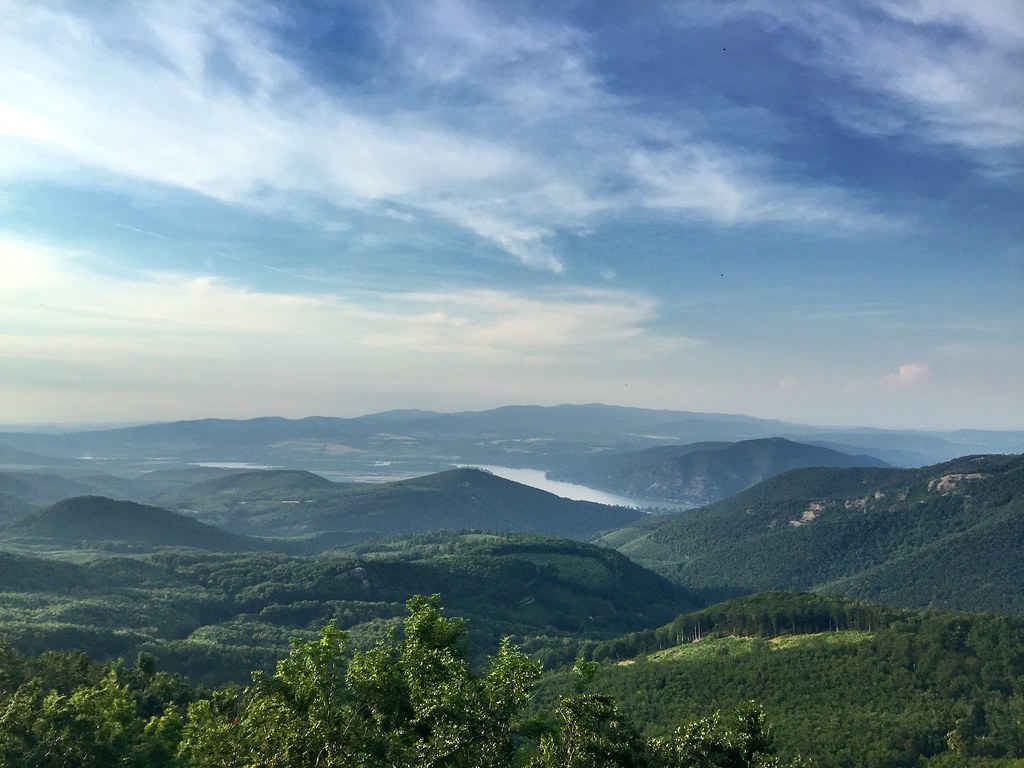